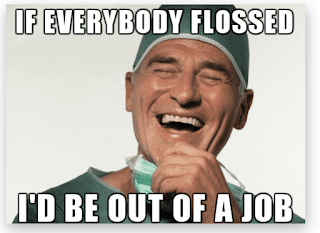 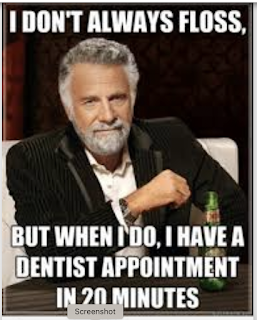 Oh, the drama.  I mentioned my boss is planning on retiring at the end of February, the office manager is retiring the end of February.  On Wednesday everyone was asking "had I heard?", which I had not ~ I had taken Tuesday off to lengthen my Thanksgiving break.  One of our dental assistants found a job closer to her home and Tuesday was her last day.  We just hired a dental assistant for the other doc, and now we are back to square one.

The interesting thing is that one of our employees, who has been with the practice the longest, had arranged to be off on Friday's, and the assistant who left us is the person who worked for her on those Friday's.  So now there's a question if she will have to come back on Friday again ~ which she will not do, so she may retire at the end of December. 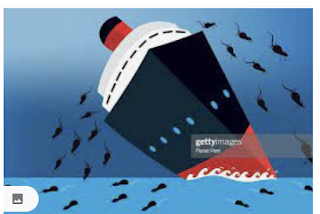 Although I'm not calling any of these folks a rat, it does seem as though we're all leaving.  Which is scary to the employees that will be left.  How will they ever find enough people to fill those positions?

My plan is to keep my head down and do my job until May 31st.  If they ask me to stay (as I stupidly offered) I will say no.  I don't want to get caught up in it.

Out of 16 people, 2 have already gone, and 5 more are due to leave before June of next year.  I have no doubt that they will be able to use the bilge pump to right the ship, it's gonna be a rocky, bumpy ride.  No one has said anything about who will take over the office manager position.  I still think there's a possibility that the wife of the dentist who is staying might do it......I've never worked in an office where that was a good thing, nor have I heard of an office where it didn't cause more than a few problems.  It's pretty hard to remain impartial when your husband is the dentist.

Well, I have a luncheon to go to, so I better get ready.  How I dislike dressing up, ugh.  It would be great if we could just wear jeans and a tee shirt ~ my outfit of choice.

Cuteness overload, which is the only thing keeping him on this earth........

Not the best photo, but I like the sass :D Demitri (the name we decided on) is a tiny little guy, weighs in at about 3 1/2 pounds right no... 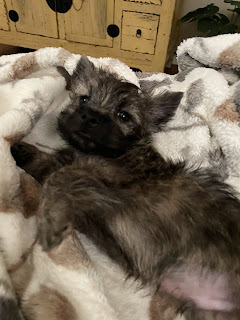