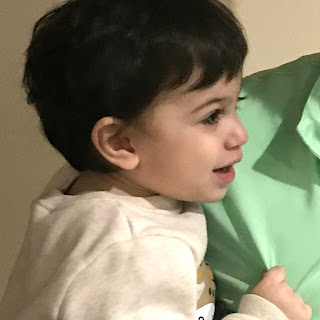 I just got back from my visit to the kids....it was ~ exhausting.  It was great to see them, spend lots of time with them, don't get me wrong.  And being able to cook meals, help out around the house, give them a chance to go out together was great.  But I was vividly reminded of how tiring it is to be around three kids ~ ages 9, 5 and 1 1/2.  The youngest is my son's child.  The other two are his wife's children.  The eldest is a nice kid, very smart, listens, is respectful.  The 5 year old is a bundle of energy that never quits.  He is always bouncing off the furniture, running up and down the hall, and constantly creating mischief.  And never, ever stops talking.  He drove me nuts.  I like him, I really do, but 24/7 with him for 4 1/2 days is really just too much.  I was able to see my oldest grandson, who is 11, only twice.  He is high on the spectrum.  He doesn't speak much, although he has come a very long way, and will respond to a question now, instead of pointing at something and making a noise indicating he wants some.  Maybe he will be able to live in a group home someday.  He is adorable, and I wanted a photo, but shit just happens and we didn't get one of us together.

Plus, my eldest son and daughter in law are starting real estate careers, and they were super busy.  With the exception of dinner, we didn't spend much time together just shooting the bull.  I was tired of hearing the "I'm sorry it's so crazy right now!" and I marveled that they added the "right now".  Haha  My youngest son started a new job 3 weeks ago, and is very busy with that, and very stressed over it.  We did have a few meals together, went on a nice walk and were able to chat without kids around.

In other words, I really didn't do much.  Sat around making sure the kids don't injure themselves jumping off the furniture or throwing stuff at each other.  I never let my kids act like that, but I am not going to judge their parenting efforts.  And for pete's sake, those kids never go outside!  It was a little weird, I was always outside as a kid.  They have a nice backyard.  I was sorely tempted to throw them out with their foam dart guns and a ball and lock the door for at least an hour.

My daughter in law remarked "I bet you don't stay with us again, haha" and I made a remark, but was thinking "you got that right sister!".  I was so wishing I had rented a car and a hotel.

Part of it is that we aren't near enough to visit on a regular basis.  In fact my son mentioned that they don't have any support, because everyone lives too far away.  It's true.  His Dad is a couple hours away, but does come every (or was it every other??) Thursday.  I'll tell you this ~ I never had a night off because my Mom never kept the kids over, or did very much baby sitting for us.  She was still working, and just didn't have the energy.

Just reviewing the past 5 days makes me tired.  I've give you a blow by blow of airline travel tomorrow! 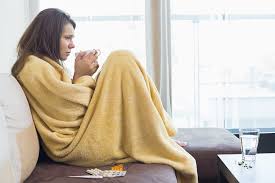